Alberta’s economic growth to leap to country-leading in 2020: Conference Board

“In 2020, Alberta is predicted to surge to first place from last place among the provinces in terms of economic growth. (Conference Board of Canada)
“Positive signals on the oil front have improved the outlook in the oil and gas sector,” Bernard said.

And investment is expected to accelerate in 2020 as those production cuts are lifted and as clean power initiatives go ahead, such as Suncor’s replacement of coke-fired boilers with natural gas-fired units. Imperial Oil’s Aspen project will also be entering its second year of construction, Bernard notes.

This year, employment is expected to get a 1.1 per cent bump — with a gain of 8.8 per cent in the manufacturing sector — partly driven by ramped up production at the new Sturgeon Refinery near Edmonton. 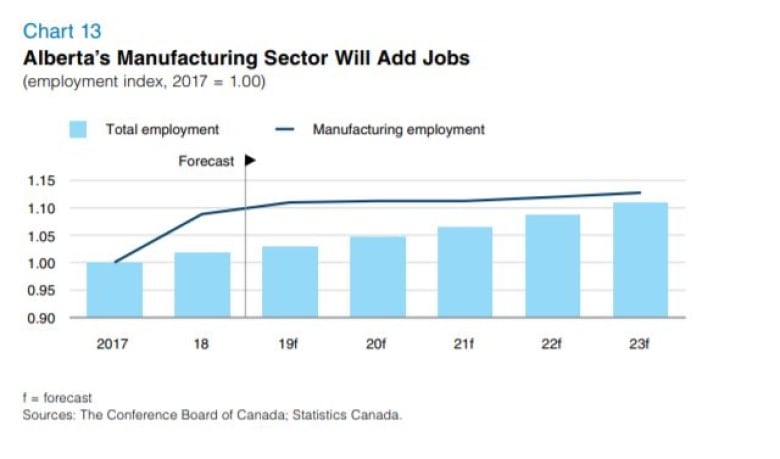 Alberta’s economy is expected to grow by just 1.3 per cent in 2019. (Conference Board of Canada)”